“If we are to reach real peace in the world, we shall have to begin with the children.”
— Mohandas Gandhi

“Many think peace in the world is impossible. Many think inner peace cannot be attained. It’s the one who doesn’t know it can’t be done who does it!”
— Peace Pilgrim 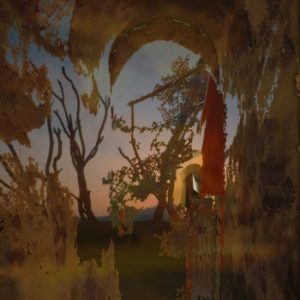 There’s a wonderful narrative by Johnny Cash in the song, “It Could Happen Again,”
(Lyrics by Collin Raye), where the soldiers of 1914, on both sides, lay down their weapons on Christmas Eve for an unofficial ceasefire that lasted for two days—until they were ordered to fight again.

There have been many Facebook comments honoring Veteran’s Day. At the risk of alienating people I love, upsetting friends, relatives, and neighbors, and losing all readers to this blog, I feel compelled to speak to Veteran’s Day. I feel compelled to speak for peace. And I believe no one would want peace more than the men and women who have witnessed the loss of lives, incurred physical and mental anguish, and suffered tremendously in carrying out violent Wars.

Surely we can find a better way to solve our world problems.

Nelson Mandela did not go to war with his enemies; they became partners. Gandhi and Martin Luther King Jr. changed the course of history, without the use of bombs and bullets. Jesus walked the earth declaring, “Love thy neighbor, turn the other cheek, and blessed are the peacemakers.”

My biological father lived in Vietnam after his military service, married a Vietnamese woman after his divorce from my mother, and had children in Vietnam. These children, through my father, are related to me. They are now adults with children of their own. They are family.

Many years after returning to the United States, my biological father died in an alcohol related driving accident. I never knew him.

“There is no way to peace. Peace is the way.” Gandhi

Veterans have something significant to offer in leading us to peaceful co-existence on this planet. They know better than any civilian the realities of war and the innocent lives that are lost—on all sides of any conflict. Veterans have much to teach others about anger, revenge, hate, prejudice, politics, depression, violence, anxiety, and suffering. What Hitler taught us is that prejudice leads to fear and fear leads to someone like him gaining power. Education on tolerance and respect for all human life (regardless of religion, skin color, ethnic background, and sexual preference) is an antidote for hate.

We can learn from the past and seek answers for what we might do differently in the future. We can ask: “How do we prevent destructive cycles of fear and violence? How do we create peaceful resolutions for conflicts? How do we find peace within?”

Here is what I know: Alcoholics Anonymous, Al-Anon, and Alateen save lives. Learning new ways of thinking, living, and behaving can be the hardest work anyone faces and the most rewarding. A true spiritual path promotes wholeness and healing.

For veterans who felt compelled to commit acts they now regret, that’s where forgiveness and grace come in. Educating others about the atrocities of war is critical. Do veterans want to be thanked on Veteran’s Day or do they want ways to serve their country that do not involve killing anyone? Do they want jobs that pay well enough to support their families—regardless of their educational, economic, racial, and ethnic background? Do they want access to affordable education, housing, and healthcare and to work that has meaning? Do they want people to understand the emotional and physical toll they—and their families—paid because of someone else’s war? The people who declare wars are not the one’s dying on the battlefields.

In all the world religions, love is the highest and most sacred pursuit. Love is the way we move forward and learn to care for others. Children everywhere need our love. People everywhere deserve our respect. Many parents, children, families, individuals, grandparents, veterans, doctors, spiritual leaders, community organizations, religious groups, nature conservationists, animal lovers, and schools work daily for peace. Let’s give thanks for the commitment and dedication of all those who, each day, are making the world more peaceful, loving, and compassionate. Perhaps we can institute a national Peacemaker’s Day.

“But above all you should understand that there can never be peace between nations until there is first known that true peace which is within the souls of men.” Black Elk in The Sacred Pipe: Black Elk’s Account of the Seven Rites of the Oglala Sioux (1953).