Skip to content
Models for Living a Life of Courage

Home > Blog Index > Models for Living a Life of Courage

Models for Living a Life of Courage 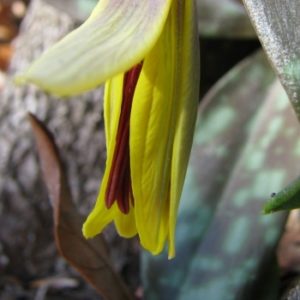 “Courage is the price that life exacts for granting peace.” -Amelia Earhart

March is Women’s History Month, and my younger daughter, Emmeline, is completing a school history project on Amelia Earhart, who said: “Women must try to do things as men have tried. When they fail, their failure must be but a challenge to others.” I am so glad there are women my daughters can look to as models of daring, bravery, and breaking of stereotypes. In fact, my daughter is named after another famous woman in history, Emmeline Pankhurst, a suffragist who fought fiercely for women to have the right to vote.

Personally, I have always liked Harriet Tubman as a role model. Nicknamed Moses, she brought thousands of slaves through the Underground Railroad to safety and freedom. I admire Harriet Tubman because she took personal risks in service of freedom—not just for herself, but also for many others. She wore men’s clothing, had a ransom placed on her head, was repeatedly lashed, and had a two-pound weight thrown at her head. She didn’t give up. She also didn’t reach a place of safety only for herself and call it a day. She went back to help others, again and again. Tubman wasn’t spending her time worrying about her hair, what new products to buy, how to get a man, or what other people thought of her. She had family members, friends, and fellow slaves who were suffering and in bondage. She followed the path that called, and then trusted in Spirit to guide her.

A more recent model of courage is Sister Judian Breitenbach, founder of the Namaste Center in LaPorte, Indiana, and a Catholic nun. Also a hospital nurse for many years, she became dissatisfied with Western medicine. In the early ’90s, she befriended Dr. Deepak Chopra and opened the Healing Arts Center in South Bend, which focused on holistic healing. Unfortunately, that Center was closed for reasons beyond her control—an emotionally painful experience for Sr. Judian. Yet, she didn’t give up. She fought many personal battles in her efforts to help people gain access to alternative healing methods. In 2002, she founded the Namaste Center. The Namaste Center offers Traditional Oriental Medicine, meditation, acupuncture, yoga, and other healing modalities. You can read more about Sr. Judian who passed away on March 7, 2013,  by clicking here.

Who are your role models? Whose life do you admire? Who reminds you to stay strong when you feel discouraged or feel like giving up? Who models the values and life choices that inspire you to be your absolute best self? Who helps you have the courage to voice your deepest desires and heartfelt dreams?

If we can’t find someone in history who represents the kind of role model we need, then perhaps we can be that for each other.

Get new posts in your email inbox!